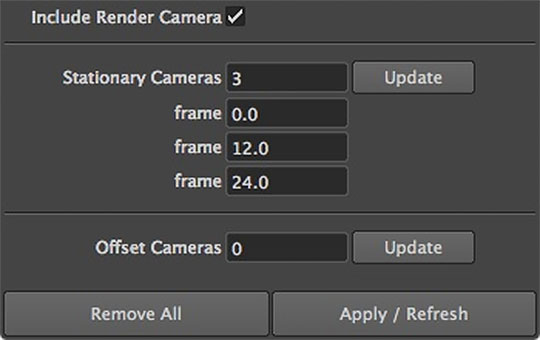 ElementalRay posts a python script that was written by Brenton Rayner at The Mill, that provides a simple and easy tool and interface for using the Mental Ray production shader mip_fgShooter, which allows you to shoot final gather points through cameras places strategically in a Maya scene, rather than only from the current render camera.

Using cameras to shoot out final gather points in Mental Ray can reduce the amount of flickering in the scene, balancing Final gather points from frame to frame, and can also lead to faster render times as well as improved quality in the image.

Brenton Rayner notes that using FG Shooter cameras is a similar result as to baking Final Gather points, only with a much simpler workflow. Check out the post for fgshooter UI for Maya over at Elemental Ray here.