Sub-D Modeling in Cinema 4D, Choosing a Place to Start

Showing how creating complex models can all come down to having a plan in place, Shane Benson revives his tutorial series for modeling with Subdivision surfaces in Cinema 4D for another episode.

The best plan will also include how to incorporate topology, in keeping quads wherever possible

Shane creates the beveled and notched surface of a computer notebook as a practical example, and it is a good one. This really shows how some planning can solve many of the problems of how to build complex shapes well.

Sometimes it is as simple as starting with the areas containing more details and working down to the parts of less details, rather than the other way around.

The best plan will also include how to incorporate topology, in keeping quads wherever possible. This is and idea that tends to get neglected when you use boolean objects as a quick solution. Booleans will carve out shapes quickly, but they will have none of the flexibility of describing the surface with a bit of forethought.

Shane has created what is pretty much the definitive go-to series covering Sub-D modeling in Cinema 4D, that start with the basics of using HyperNURBS in C4D, and how best to approach Sub-D modeling demonstrating on models that have all present new challenges.

As per all of the tutorials in the series, Shane shows how to create the cleanest possible geometry over the most challenging surfaces.

If you have missed Shane’s Sub-D modeling series

The Basics of HyperNURBS which covers the absolute basic concepts for modeling with Sub-D surfaces in Cinema 4D.

A Synopsis of Quads and Triangles which shows how understanding the importance of Quadrangles (quads), triangles and n-side is essential in modeling.

Creating Transitional Geometry to Extrude One Shape from Another showing techniques for blending non-alike shapes into each other.

Understanding Weighting showing how using weighting in c4d will affect the tension of a HyperNURBS object.

How to deal with Radial Patterns, and Creating an Array of Holes.

The always challenging How to model screw and Helical Bottle Threads.

How to Fix Bulges in Models.

How to reduce geometry and still have quads. 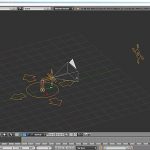 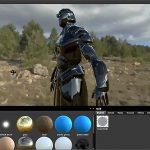