Techniques for Using Newton Physics in After Effects Character Animation

Derek Lieu walks through some of the things he put together when he animated the cutscenes for the  game BattleBlock Theater. Derek shows how he used the Newton Physics engine for After Effects to build a lot of the animation for the cardboard cutout characters. Showing  how some of the shots were put together for animation with the very first release of Newton for After Effects.

Derek also shows off some of the things that could have been done if Newton2 was available at the time, most notably the Joints system. Derek covers how he used masks in After Effects that were used as a make-shift ball and socket joints. He also shows how he used Newton’s kinematic layers to throw objects around, and how to use masks to add physical simulation to overlapping layers in After Effects.

The BattleBlock Theater animations were pretty fantastic, if you have not had a chance to see them, check the video below.

Newton Physics Engine for After Effects

The MotionBoutique make pretty much the only physics driven tool for After Effects. Newton can interpret After Effects 2D layers as rigid bodies and create physical simulations between them. The Newton2 Physics engine allows you to control object properties such as density, friction, bounce and velocity, much like you could with a 3D physical simulation in a 3D application. this opens up a whole new world of animation possibilities within After Effects.

Going Further with Newton for After Effects

There was also a great look that worked similarly to Derek’s showcase, where the MotionBoutique showed how to create 3D pop-up style animations with the post Using Newton for After Effects for Pop-Up Style Animations here.

There are some great tutorials showing how to use Newton’s rigid bodies, in a soft body way with the post Creating Soft Bodies using Connect Layers and Newton2 here.

And finally a great tutorial by Motion Designer Lok Fu that showed Using Newton2 for a Character’s Secondary Animation. 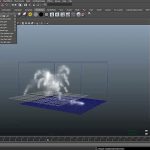 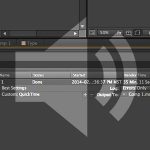 Simulating Balloons With Newton2 That React with an Environment