C4D’s NOTA Effector Makes a Comeback With a New Release

Way Way back in 2005 the NOTA effector made its debut. NOTA (Not Only Text Animator) was initially released as a plugin for Cinema 4D allowing you to create complex text animations and setups quickly.

Originally developed by Renato Tarabella, who’s has recently taken up the task to add new life into the NOTA plugin fir C4D. the NOTA effector is a standard module ti create complex animations in real time, making it up to 100 times faster to create and test complex animations in a few seconds without endlessly editing keyframes.

The NOTA Effector is designed to speed up the workflow for motion graphics, allowing you to harness and manage unlimited clones procedurally. The core concept behind the plugin is to affect all the entities inside mograph from one scene location to another. You have completed control to manage the rotation, position and scale as the entities are animated between the two states. It is also possible to affect any object/polygon with some other sub-effector allowing for the same level of customization. 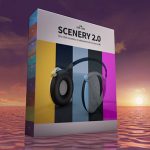 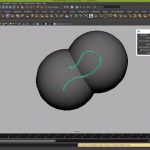