If you remember the excitement a couple of years ago for Good Motion’s GM FoldLayers. The plugin would allow you a method for having Photoshop-style layer folders in the After Effects Timeline.

The plugin was freely available, but eventually pulled due to the number of bugs. Recently however,Petter Bergmar, Co-Founder of Good Motion, has created a new and simplified version of GM FoldLayers which works well. You can download GM FoldLayers here (Freely available).

Some people prefer or have grown accustom to unflattering the After Effects timeline by using the “Shy” setting to hide layers while working. The problem is setting the number of layers you want to toggle to the shy setting. If you have a ton of layers, this might take a while. There are even tools that assist in this type of workflow, such as Zorro-the layer tagger.

Since GM FoldLayers’ first arrival there have also been other tools released that will mimic the layer folder functionality. For example, Alan Eddie’s Layer Groups 2 which offers comprehensive functionality to mimic how Photoshop handles groups. As a fully featured product, Layer Groups 2 has some pretty impressive features, such as Group Mattes, Isolate layers and Baking of Groups into pre-comps. 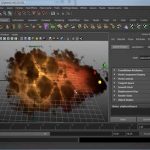 Creating a Fireball with the Elementacular Plugin for... Previous
Three Methods for Automatic Wheel Rotation in After Effects Next 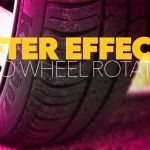