The Motion Boutique, creators of the Newton 2 Physics Engine for After Effects, have released another tool. PolyLine will allow you to create and animate straight lines easily and quickly in After Effects.

PolyLine actually operates in 3D space. This means that you can easily weave the line in-between other 3D layers in your composition without any hacks or tricks.

PolyLine offers some great animatable controls over the line, including the line width, its position in 3D space, the color and texture of each individual segment, or the whole path at once.

You can try out the PolyLine tool as a trial version. The trial version is fully functional with the exception of the segments being limited to 3, and the Closed Path option is grayed out.

PolyLine for After Effects is available through AeScripts.com for $49.99. Learn more about the features and limitations of PolyLine. 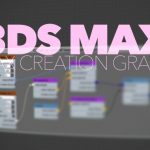 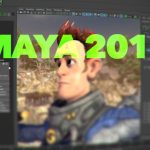 Physics Now v2 Gets Updates and Better Performance in Ae

Working With Lockdown in After Effects