Film or show credits are the kind of thing that will require some thought on how to implement them. If you don’t have a system in place, and there are changes, big or small… You might be in for a bad time.

If you are creating a credit roll in After Effects this will be no longer true, thanks to Victoria Nece’s Credits Are Due script. Credits are Due allows you to easily and quickly build a credit roll directly in Ae.

If you are working in an NLE, there will be tools in place that will allow you to build a credit roll, After Effects oddly, has no such tools. Credits are Due, is a neat little addition to Ae, letting build credits with a dynamic layout. This lets you reorder resettle or even reclassify existing elements. It does this independently of the text formatting.

Credits are Due, Features:

You can get the Credits are Due After Effects script at aescripts + aeplugins for $15.00 for a limited time until Sept 21, 2015. 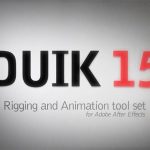 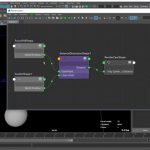