The Landing, a Short Film by Anders Goberg

The Landing is a short film that Anders Goberg has been working on in spare time over the last 4/5 months. There was never a real plan behind the project, it kind of just grew as Anders was working on it. Initially the whole thing started as one of his Experiments (agoberg.tv/experiments2015/), then he realized that he could probably build it into something bigger. Anders stumbled upon these really haunting stories about astronauts getting lost in space (en.wikipedia.org/wiki/Lost_Cosmonauts), and also a really interesting audio recording (youtube.com/watch?v=9Sgc1I9sjfc) done by two Italian brothers in 1961. Anders decided that he would try to make a story loosely based on these conspiracy theories.

All the different shots was made with Cinema 4D, rendered with Octane Render and put together in After Effects.

A bit more info: agoberg.tv/short-film/the-landing.html and a breakdown vimeo.com/137673303 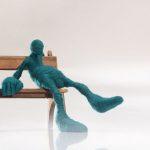 A way of Being Previous
Mighty Nice, Animation Reel Next 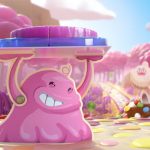