360 and VR video has been gaining in popularity, and parallel to that, how to create and manage VR content. An important part of the equation, especially if you are an After Effects user, is Mettle’s SkyBox Studio, offering you the most complete set of tools available for 360/VR Production in After Effects.

There are also a few other things to consider, other than the tools that you would use in Ae. Here, Charles Yeager (yeagerfilm.com) shows how you can create 360 video with the best compression settings for that medium within Media Encoder.

Charles also walks through Youtube’s metadata tools, which is a necessary step for the content to play properly in Youtube as a 260 video.

The example that he uses is, of course, created in After Effects using SkyBox Studio, which can be seen here.

In order to see the video in true 3D, you will need to use a VR viewer such as Google Cardboard or an Oculus Rift. You can also view the video on Google Chrome and set the 3D View Mode to Anaglyph and watch the video while wearing the traditional Red & Blue 3D glasses. 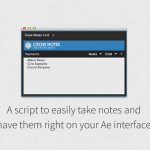 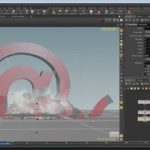