Working With MetaBalls in Cinema 4D

CG Artist and motion designer, Michael Tierney covers working with meta-objects in Cinema 4D R17 Specifically. R17 saw some updates to how metaballs are created and how they work. A new tag allows you to create metaballs from any object easily.

R17 also can display them much better, thanks to a new Accurate Normals option, which makes lower resolution objects look much better, along with a new triangle and line mode. In all, it is much easier now to incorporate meta objects into modeling work, for additive or subtractive boolean-like effects, or even animations.

A while back, Orestes Konstantinidis walks through some of his favorite features for Cinema 4D R17 which included the meta-updates. 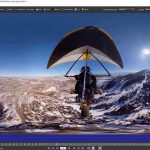 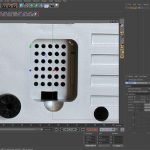 How to Make Procedural Rocks in Snow With Octane

Render and Material Settings for Realistic Jewelry Rendering With Octane

How to Make Procedural Snow With Octane and C4D