The Node Editor in Maya was one of the first modern re-imaginings for users in Maya. Before that, you had the choices of the Connection Editor, or Hypershade. Both were showing their age.

Graphing nodes in Maya’s node editor is less than unpredictable

You have to keep in mind that the Maya Node Editor is still fairly new and there are still a few workflow things to iron out. If you have seen other application’s node editors, you might be missing some of those features in Maya.

One of the things that some people find irksome is the effort needed to keep nodes clean and tidy. Even though there is a button to lay out the graph, it is less than predictable.

Many people like to rearrange the graph while they are working to keep it orderly, only to have Maya destroy it.

That’s why the senior Character Rigger at Blur Studio created a little tool that can help keep the node graph organized.

It’s called NodeAlignDeez, and it will aging and distribute nodes in the Maya Node Editor. It was built to make node management less crazy, while still offering a finer level of control over the nodes that get moved… Because when and to where are important things! 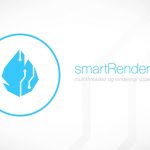 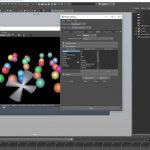