Create Spirograph Animation in After Effects With Expressions

Spirograph animation anyone? Some of you may remember the Spirograph, which was a geometric drawing toy that was kind of fun to play with. Fun fact, the toy was actually re-launched back in 2013. Under all the nifty geometric patters emerging form the plastic rulers and gears of the toy, was actually a solid foundation of maths.

The toy used hypotrochoids and epitrochoids to create those patterns, which are branches of roulette curves. In fact the maths behind the spirograph’s patterns can be found pretty much anywhere, so why not use it in motion graphics work? Maybe to animate vector shapes in After Effects?

VFX Artist Chetal Gazdar shows us how you can convert an After Effects expression into vector shapes, to create a spirograph animation. With this walk through, you can start creating those mesmerizing and intricate patterns and animate them being generated, thanks to Ae shapes.

Chetal walks through a couple formulas, and also shows how you can have the serigraph animation form over various shapes, rather than simple circles. 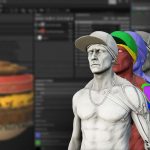 Automatically Connect Substance Painter Textures in Maya Previous
Generate a Series of Pyro Simulations in Houdini With... Next 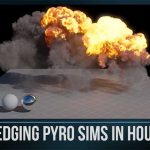