There are a lot of components to a 3D scene. 3D objects, lighting, camera’s and surfaces are all important, but so is the environment that exists for that 3D scene. Glass largely looks like glass because of what it reflects around it. In Ae, this is handled by Environment Layers.

Working with 3D objects in After Effects has gotten much better over the last little while. With the addition of the CineWare plugin 3D became a viable possibility. With the latest version of After Effects that added a new rendering engine that was further based in C4D tech, the gap between 2D and 3D has closed a little more.

Watch Motion Array’s latest post which shows how adding an environment in Ae makes a world of difference. The tutorial covers how to work with 3D type animation within Ae. This uses the new Cinema 4D renderer. Standard Animators take care of the animation.

The real magic comes from using Ae’s Environment Layers, bringing a new dimension to the final animation There are some nice tips within, that can help you make your life easier when working with 3D type in Ae. Be sure to check out Motion Array’s other After Effects tutorials. 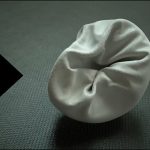 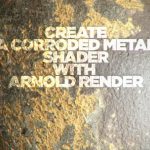 Extruding 3D in After Effects Using The Shatter Method