Image Engine Breaks Down Fantastic Beasts and Where to Find Them

Image Engine published their breakdown reel for the film “Fantastic Beats and Where to Find Them”.  Image Engine is a Canadian VFX vendor that came to prominence working on the visual effects for Neill Blomkamp’s District 9, Elysium and Chappie. The studio has recently delivered effects for Jurassic World, Fantastic Beasts and Where to Find Them and animation for Kingsglaive: Final Fantasy XV. Upcoming projects include Power Rangers and Logan.

Check out the Case Study put together but the Grammatik Agency below.

As the title suggests, Fantastic Beasts and Where to Find Them is all about outlandish creatures—which made it a perfect project for Image Engine and its established creature pipeline. The team worked to bring four mythical beasts to life for this new instalment in the Harry Potter universe, along with generating a variety of other vivid visual effects.

Eagerly anticipated since the Harry Potter film saga concluded in 2011, Fantastic Beasts and Where to Find Them revives the famed franchise with a fresh new take.

Set in 1920s New York, Fantastic Beasts stars Eddie Redmayne as Newt Scamander, a British wizard on a mission to bring a large beast back to its natural habitat; a beast carried comfortably within Newt’s deceptively ordinary-looking suitcase (along with dozens more).

These imaginative beasts truly steal the show. Whether large or small, JK Rowling’s creatures play a significant role in the expansive adventure. Thanks to incredibly complex visual effects, they’re just as tangible on screen as the human characters they interact with. Image Engine played a pivotal role in translating this bestiary from printed page to big screen, taking creatures like the Graphorns and Swooping Evil from Rowling’s words and turning them into lifelike digital beings.

While the studio’s shot count on the film was modest, at 88 shots, the amount of work and screen time involved made Fantastic Beasts as intensive a project as any of Image Engine’s previous digital creature creations.

Leading the charge in Image Engine’s workload were the Graphorns; a family of horned beasts as imposing as they are captivating. Image Engine’s artists studied reference footage of rhinos, elephants, caterpillars, ostriches, hippos, lions, and alligators to nail the look of the imaginary creatures, infusing them with a sense of lifelike physics: the Graphorns needed to have the heft and strength of a larger animal, while still maneuvering with a feline grace.

Image Engine’s artists had concepts and Rowling’s words to work from, but discovering the right balance of elements to make these cinematic chimeras convincing also required some degree of in-house experimentation.“We introduced many ideas for movement and aesthetic, providing our own thoughts and research on what would make the Graphorn feel right for its scale,” explains Martyn Culpitt, VFX supervisor on Fantastic Beasts.

Culpitt says that Image Engine’s work on the velociraptors of Jurassic World was one factor that helped grab the attention of the Fantastic Beasts production. The same incredible attention to detail was required once again for the Graphorns, which feature prominently throughout a 35-second, 840-frame shot.

In this lengthy shot, two adult and two calf Graphorns move alongside actors filmed in a plate. With so much of the Graphorns in full view of the camera, Image Engine invested ample time in building the beasts and embellishing extensively, ensuring that every detail felt fully believable.

“We were working on nailing those details right until the end of the show,” says Culpitt. “There’s so much complexity within each model and character; there’s subsurface work, there’s hair on top, there’s lots of skin dips and hard shell surfaces, as well as soft skin. Everything has to be mapped and given that real-world feel.”

Add to that breathing shakes, flaring nostrils, twitching eyes and blinks, mud and dirt in cracks, as well as other miniscule tweaks, and it becomes easy to buy into the illusion Fantastic Beasts builds.

Further work was carried out to give the Graphorns a greater physical dimension within the scene, such as the creatures’ tentacles wrapping around Newt as he greets the beasts. This required Image Engine to create a CG version of the actor, using simulated clothing to deliver a realistic interaction.

Not only did Image Engine handle the Graphorns themselves, but also the dazzling environment that they live in. Newt’s stable for the brutish beasts is surrounded by a dropcloth-like perimeter, with a nighttime desert scene projected upon it. The filmmakers asked for this fully CG setting to have the flat feel of a diorama, creating the illusion of a vast space within a physically small one.

“The diorama was tricky, because we were trying to create something that looked realistic, but looked a little 2D at the same time,” says Damien Thaller, environments supervisor. “We needed to find flavor between real world and stylized.”

Working with reference footage of Lawrence of Arabia’s nighttime desert scenes, and following a heap of prototype passes, Image Engine’s artists built a 3D environment that honed in on the semi-stylized design. The environment only appears briefly, but it makes a strong impression—and required hyper-detailed work to achieve the impact that it does.

“It was a very complex shot: the final comp was over 100 layers, and used deep compositing and a whole bunch of other effects passes,” says Culpitt.

“It’s a lot more complex than what we see for a few seconds up on screen,” adds Thaller.

While the Graphorns and their traveling home represent perhaps the largest chunk of Image Engine’s work on Fantastic Beasts, the team also made critical contributions to the Swooping Evil.

This curiously-named creature is a gorgeous, winged beast that has one amazing trick: it can expand, in an instant, from the size of a biscuit into a being with a four-foot wingspan. “That was a big rigging challenge, and required a lot of careful thinking about the best possible approach,” says Andrew Kaufman, Image Engine’s R&D lead.

The animation team also needed to consider the scale of the creature and how it would move in each of its difference forms. “When it would hang off Newt’s finger, we would call it a little booger; it would dangle there, but with a sense of weight,” says Jeremy Mesana, animation supervisor.

He adds that Image Engine ran simulations to make the Swooping Evil’s wings look like thin membranes. It was essential that they went the extra mile on this front, given the spectacular nature of the scene in which it appears: “Adding those details is something that we always take a little extra time to do,” adds Mesana.

Image Engine also handled the Fwooper, another winged beast who looks cute and cuddly, but is something of a nuisance. “From an animation and rigging standpoint, that guy was hard make work,” says Culpitt. However, plenty of look-development and R&D helped bring it to life.

As a smaller, but no less important, part of the project, Image Engine developed a Dung Beetle beast. As Culpitt jokes, “We went through quite a few iterations of dung…”

Image Engine likewise developed the aesthetic for one of the film’s magic potions: it was enough of an undertaking that Image Engine’s artists refer to it as their “fifth beast”.

Although Image Engine had delivered on set of FX simulations, director David Yates opted for a different style upon seeing the final cut, two months before the film fully wrapped.

“The potion didn’t really interact with the character before; we needed to make it feel like it was almost a creature itself, and almost threaten the character in question, like it’s about to grab her,” says Culpitt of the revised direction.

Despite the late-game shift, Image Engine went to work transforming the initial potion design into something ‘mercury-esque’, and certainly more terrifying. It paid off big in the end: “Re-doing those effects over two months was a challenge, but we pride ourselves on an efficient, high-quality turnaround at Image Engine. That was certainly what was delivered here, and across the project at large.

“Fantastic Beasts stands as yet another brilliant addition to the growing Image Engine creature and character catalogue, which now features chimeras alongside dinosaurs, sentient robots, and undead mythological kings!” 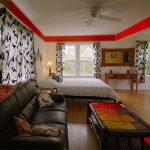 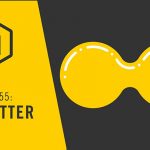