Adding small details to a larger overall form, while keeping nice topology is always the challenge  with modeling. You don’t want to paint yourself in a corner where you need to follow through with what could be extra edges, all the way through a model that doesn’t need it in all areas. That is wasteful, and leaves an unnecessary mess for the rest of the pipeline. An example would be the small raised diamond pattern that you would typically see on the grip of an item.

one method to model a raised diamond pattern cylinder

If you are a C4D user, and a modeler, then you likely know about Shane Benson’s Sub-D modeling series of tutorials. Shane has done some great work to demonstrate modeling of some really complex situations using the polygon, NURBS and Sub-D tools in Cinema 4D.

They don’t come out too often, but recently “Part 21” was posted, which takes a look at creating an intricate raised diamond pattern, on a cylinder. Shane Benson shows how you can solve this modeling problem, by first creating the raise diamond pattern first, and then deforming it into the shape that is required later. There are some finer things to take care of, connecting the detailed parts to the overall form, but it is a fairly straight forward process.

Of course when talking about modeling, there are always a number of procedures that can produce the same final result. With this case, you could create a cylindrical mesh, and triangulate that, and then get rid of the original vertical and horizontal edges of the mesh. This will leave you with the diamond pattern that you can then continue to work with.

Either way works, it’s a matter of object specifics and which gets you there faster. Shane uses the Point to Circle script for Cinema 4D in the tutorial. You can download that here. 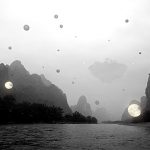 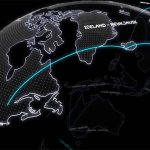 How to Route Edges in C4D to Get Nice Quad Topology

How to Sub-D Model Spiral Threads in Cinema 4D

How to Maintain Sharp Corners on a Curved Surface in C4D