The latest release for Pixologic’s ZBRush (4R8) included the ability to import 32 bit images. What does that mean? Well, for one thing, you can now import and apply displacement maps properly. This is some good news. Still missing from the picture however, is the ability to work with multiple UDIM’s easily. This is why Jake Harrell took some time to put together a plugin that will allow you to import and apply multiple UDIM displacements to your mesh.

Jake Harrell is a Senior Modeler over at Industrial Light and Magic in London. His UDIM Importer plugin will allow you to select a number of UDIMs and have those applied to your mesh as displacement. It will create a new layer in ZBrush for each UDIM that it finds. You can then merge these layers into one layer, once the routine is completed.

“It’s mostly aimed at improving the Mari > ZBrush displacement workflow.” Harrell says. The plugin is only for 4R8 and still might have some issues that are still unresolved. The plugin is also only for Windows systems, although Jake is hopeful that will change in the future.

Learn more about the UDIM Importer for ZBrush here. 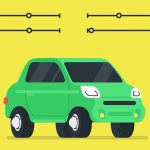 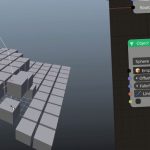 How To Create Nice Clean Extractions in ZBrush