Now After Effects Users Can Finally Animate Objects on a Path

If you’ve ever wanted a great example of how inept After Effects is with certain tasks, here is a good one. You can’t really animate elements, layers or objects along a path. Pretty shocking for a much-loved animation tool in 2017. We’ve had some choices for warping and animating layers along paths in After Effects —But few have come along that will guide layers along a bezier line.

Wayfinder allows you to attach and guide artwork along shapes layers… even complicated or animated ones!

Bringing Ae’s animation capabilities into an almost modern age, comes Paul Conigliaro, with his new script for After Effects, Wayfinder. The script lets you guide layers along an actual path. This means that you can edit the path and the objects will always follow along, like a live link.

Backing up a bit, you can create a vector line and use it as animation, but as keyframes. There is no longer connection between a path and the keyframes. If you wanted to adjust the path, you are out of luck.

With Wayfinder, all you have to do is select a shape layer and hit a button. This will give you nulls that are attached to the shape layer. You can then control the position of the mills and the offset. You can animate the shape after all the layers have been attached, and all the elements will naturally follow along.

Wayfinder is available for $25. You can learn more about the new script here. If you create animation in After Effects, Wayfinder is a must-have. 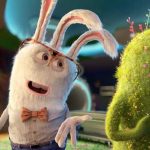 Roof Studio's Imaginary Friend Society “What is an... Previous
Resolution Independent Cloth Sewing With Houdini Next 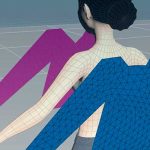 Hands-On With Danim Creator for After Effects