Create a Complex Flocking System in After effects With Minimal Effort

Joe Clay demonstrates how you can get a flocking system going without too much trouble using expressions in Adobe After Effects. “After talking with Paul Conigliaro (aka @conigs) about how Tutorial 95: Fluid Motion was similar to flocking,” Joe says. , “I decided to go a little bit more in-depth on the subject because it’s a pretty interesting subject—and one I’ve been interested in since [Processing] first came out.”

Modeling flocking behavior mathamatically covers controlling a significant amount of elements with a single collective principle that transfers to the motion of the items.

If it sounds complicated, it is. One of the first simulations was Boids an accented play on the word “Birds” by Craig Renolds back in 1986. It applied some simple rules for the interaction of individual agents bringing together separation, alignment, and cohesion.

You don’t have to dive into mathematics to create something similar in After Effects. WorkBench’s Joe Clay shows how you can mostly “fake” a flocking system using a simple premise in After Effects, driving them with expressions. Neat! 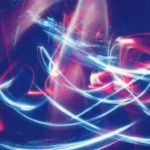 HitFilm's Action Pro Offers a Way to Record Real World... Previous
How to Fit a Neutral Mesh to Facial Expressions Using... Next 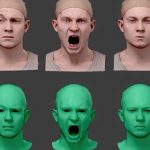