More and more tools try to bridge the gap between the tools that people use to create motion graphics. That bridge narrows with Cineware, allowing you to work with Cinema 4D right inside of After Effects. After Effects users still clamor for the functionality of C4D’s Mograph module within Ae. There have been a few 3rd party tools that let you work procedurally like C4D’s beloved Mograph toolset, like Crunchy’s Cloners+Effectors. A new offering Moglyph, has a bit of a different take, working with work with glyphs on a single text layer within After Effects.

a Mograph like toolset that allows you to clone predefined glyph shapes and animate them procedurally, within one single text layer!

Moglyph FX is new from Fremox, the maker of Isomatic FX. Moglyph FX, a Mograph-like toolset that allows you to clone predefined glyph shapes and animate them procedurally. A big selling point is that you can do this all on a single text layer within your project.

A Mograph-like module wouldn’t be complete without a set of effectors, and Moglyph FX comes with a bevy of them. Familiar tools like the plain effector, delay, formula, random, step and time effectors all make an app appearance in Fremox’s tool. Users will also have a choice between Radial, Grid, Spline, Linear and Honeycomb Cloner setups.

Moglyph FX is coming soon from aescripts + aeplugins, stay tuned for the release.

So what is the difference between Cloners+Effectors and the new Mogglyph FX and which is better?

It can come down to a matter of preference according to the developer: 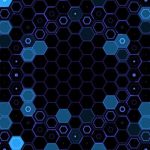 Free AE Tool, Void Offers a Much Better Null for Adobe After Effects

Bendio Puts After Effects CC Bend It to Shame

The Difference Between Scripting and Expression in After Effects