Technical Director/Animator Meghdad Asadi has been putting together these great demonstrations of fundamental concepts of 3D for his students by creating these working, interactive tools in Autodesk desk Maya.

His previous was a look at the balanced relationship between Light, Shadows, Penumbra, and sampling. A new one shows off a visual demonstration of how PBR (Physically Based Rendering) works within all render engines.

The inner workings of PBR Shaders is a vital theory to grasp. Instantly see how light reacts to surfaces and how the different attributes control each behavior with PBR Shaders. It’s important to note that Meghdad is using Maya along with an Arnold Standard Shader in his demo, but the concepts are valid to any shader and render engine combination. 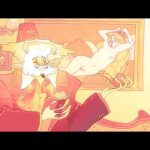