Create a Double Exposure Animation in After Effects

Using some green screen footage and a background, Mikey Borup shows his technique for recreating the “double exposure” effect that can be seen in the HBO show, True Detectives.

The new title credits from HBO True Detective are pretty awesome, and its what inspired me to do this after effects tutorial for a double exposure lookMikey Borup

Mikey was inspired by the show’s titles and sought a solution to build them in After Effects, he notes that this may or may not be the method used on the actual show titles, only the solution that he came up with. Mikey provides the footage as a download so you can follow along or try it out for yourself. Check out Mikey’s Youtube channel where he posts new tutorial every friday: After Effects Tutorials w/ Mikey. 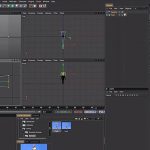 Use Cinema 4D Lite to Generate Displacements Maps for... Previous
Volans Next 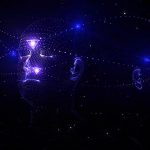