Ever wonder what those things in Cinema 4D’s Xpresso environment do under the X-Pool Calculations menu? Well, here Mographcandy.com’s Dan Conrad goes over the system presets of Xpresso that fall under the “calculation” heading, showing the basic function and use for each. Dan covers Soft Target, Target, Vector Transition, Trigger Distance, and Angle Distance, which can all all be found under X-Pool Calculations.


In this Cinema 4D Tutorial we will go over the basic functions of the Xpresso Helper nodes Soft Target, Target, Vector Transition, Trigger Distance, and Angle Distance under X-Pool CalculationsDan Conrad - MographCandy.com

Dan does a great job explaining things in simple terms as well as giving some simple and practical examples for use in animation workflows. This is a continuation into the theme of automating animation in Cinema 4D using Xpresso to drive various motion and attributes for objects.

His previous post looked at the functions of the Rotate Helper, Action Timer, Random Integer, and Action Timer in the Xpresso toolbox, and shows some practical examples for each. Check out the post for the Cinema 4D Tutorial | Xpresso Presets: Calculations here.

If you missed the last look at Xpresso Presets in an animation workflow, you can check out the previous post Automate Animation in Cinema 4D With Xpresso System Presets here.

Driving simple or repetitive animation in a project can save you some time in setting it up, but also provide a great way to be able to incorporate changes and try new things easily without having to adjust a ton of keyframes. 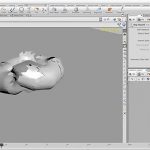 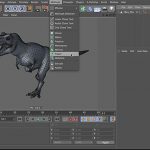