Camera-matching and tracking software are both pretty incredible these days, offering incredible abilities while still reasonably straightforward to use. Still, it’s nice to get some things on set while you can.

FXhome, the folks behind the free video editing and VFX software HitFilm Express have released a mobile app that allows you to capture both video and tracking data at the same time. CamTrackAR lets you record tracking data that you can import into Blender, HitFilm, or After Effects. The app makes use of Apple’s AR technology to record video and tracking information in realtime.

CamTrackAR uses Apple’s AR technology to capture flawless camera tracking data in real-time. Filmmakers can now shoot previs on their iPhone and import it into their post-production software pre-tracked for VFX and 3D.

London, UK (July 30, 2020)​ – FXhome – creators of free video editing and VFX software HitFilm Express – have made their mobile app debut with a new 3D tracking tool. CamTrackAR will change the process of filmmaking forever, offering an easy solution for professionals needing quick pre-visualization and any video creator wanting to speed up their post-production workflow.

The iOS app, which is the first-of-its-kind and is currently supported on iPhone SE and 6S onwards (as well as iPads on iOS 13.2 and later), takes advantage of Apple’s AR technology (augmented reality) to simultaneously record footage and flawless camera tracking data in real-time on your iPhone. Users can then import this into their post-production software of choice to instantly apply VFX and 3D elements in 3D space.

CamTrackAR was built for filmmakers, VFX artists, content creators, and music video producers to carry-out previs using their iPhone, so they can save time and effort in post-production instead of losing valuable time waiting for 3D camera trackers to process their footage frame-by-frame. The tool also provides a unique opportunity for the new generation of iPhone filmmakers to step up their productions with some of the more advanced post-production techniques made available with 3D tracked footage.

The app is currently free to use, and exports pre-tracked footage for use in free programs HitFilm Express or Blender (as well as FXhome’s professional post-production software HitFilm Pro). Users will have to pay a small premium to add more than one anchor point for tracking and to export to other programs such as After Effects ($4.99 per month subscription, or $29.99 lifetime).

Search CamTrackAR on the App Store from July 30th to download the app.

FXhome develops editing, VFX, and compositing software for aspiring filmmakers, editors, VFX artists, and photographers – for a new era of content creators who dismiss the status quo, eagerly explore new pathways to creativity, and who aspire for something more. FXhome is now stepping into the realms of AR & VR with new ground-breaking technology. It doesn’t matter who you are or where you are on your journey – we have the tools for you.

FXhome has raised over $100,000 for COVID-related and environmental good causes since January this year through their Pay What You Want initiative, which gives users the option to pay for the free download of HitFilm Express in exchange for valuable VFX and feature packs. 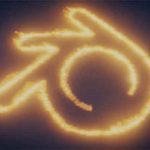 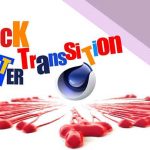