OTOY Octane Render Expands to After Effects, Photoshop, and Pretty Much Everything

OTOY firmed up its plans for world domination this week by announcing that the GPU and cloud enabled Octane Render Engine will be making its way to… well pretty much everything except Microsoft Word and Excel.

One of the most interesting of the bunch is After Effects, with a demonstration of Octane render doing its thing in an After Effects viewport window, rendering and raytracing 3D objects in real time. Check out the press release and videos:

Following the unveiling this week of holographic video, a groundbreaking new media format for immersive, photorealistic content, OTOY also revealed further details of the content pipeline that will allow artists, animators, designers and engineers to capture, create, publish, and display their own holographic videos by harnessing light field rendering technology in OctaneRender™ Cloud Edition in the months to come. OTOY also revealed new means of applying the same holographic light field data within 3D engines such as Unreal, physical simulation engines such as Pixelux’s Digital Molecular Matter (DMM) Engine, and audio engines to simplify design of games and other interactive applications while improving realism. OTOY is demonstrating both OctaneRender™ and ORBX holographic video this week at the annual international conference on computer graphics, SIGGRAPH 2014, in booth 1447 of the Vancouver Convention Center.

“OTOY has achieved the impossible task of simplifying the complex science of true-to-life rendering down to a series of mouse clicks,” said Vik Sohal, co-founder of Pixelux. “With the integration of Pixelux’s Digital Molecular Matter Engine into OctaneRender Cloud Edition, we’re providing the same intuitive simplicity to finite-element-based destruction, letting content creators apply the intricate math behind the material properties and object interactions that make up the real world without needing to be simulation experts themselves.”

“Working with a growing list of exceptional partners, OTOY continues to make OctaneRender more accessible to content creators everywhere while adding functionality,” said Jules Urbach, Founder and CEO, OTOY. “Holographic video is an exceedingly elegant format that simplifies the production and sharing of incredible 3D experiences while holographic light field data opens the door to extraordinarily sophisticated, yet easy to implement simulations of physics and audio, and streamlined game and 3D application development. OTOY’s holographic video pipeline is flexible not only for how it allows content creators to work, but also for the myriad of options content creators will have in harnessing holographic data to make their work easier.” 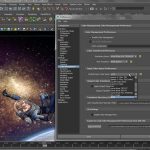 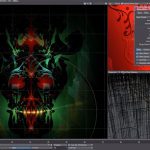