Ben Watts has a look at creating a wipe effect in After Effects that has a digital look and feel to it, using only Ae’s native plugins and effects.

Just a simple tutorial on how to create a digital wipe effect using AE’s built in toolsBen Watts – BenWattsDesign.com

Ben uses a mix of the Mosaic effect, Grid, and a couple of others in After Effects to build out a matte that can be used to reveal sequences.

Ben recently released The Cinema 4D VFX Volume 1 training series which is being offered through Vimeo On Demand. Cinema 4D VFX Volume 1 spans 5 big chapters walking though quite a few topics. The series starts with modeling, and moves to creating the fractures, dynamics, using Turbulence FD and X-Particles, lighting texturing and rendering, then compositing. 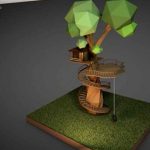 Creating a Low-Poly Treehouse in Cinema 4D Previous
Easily Create a 3D Paint Stroke Using After Effects and... Next 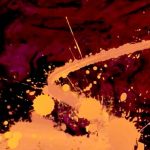 Easily Create a Background Slice for Reveals in After Effects