Why have a Custom Fresnel Curves in Cinema 4D? Well, if you have you ever wanted to edit a fresnel with a curve in C4D rather than the standard gradient, you probably understand that there are times when a curve will offer far more control, and above all make more visual sense over the standard gradient editor.

You can then use the set driver or set driven command to transfer the edited fresnel curve in Cinema 4D to a shader. Simon notes that the latest version of V-Ray for C4D introduced a bit of this functionality already. Simon walks through the use Curve to Fresnel script and shows the workflow for to add it to a shader.

Interested? You can download the Curve to Fresnel script that will give you Custom Fresnel Curves in Cinema 4D here. 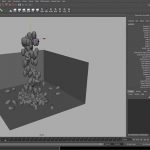 Animating Popcorn in Maya With nParticles Previous
Interested in a Better Scene Assembly Manager for Maya? Next 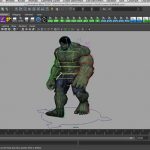 Getting Good Use Out of the V-Ray Switch Material