Promoting your indie film without a budget

The importance of promotion management to the independent filmmaker 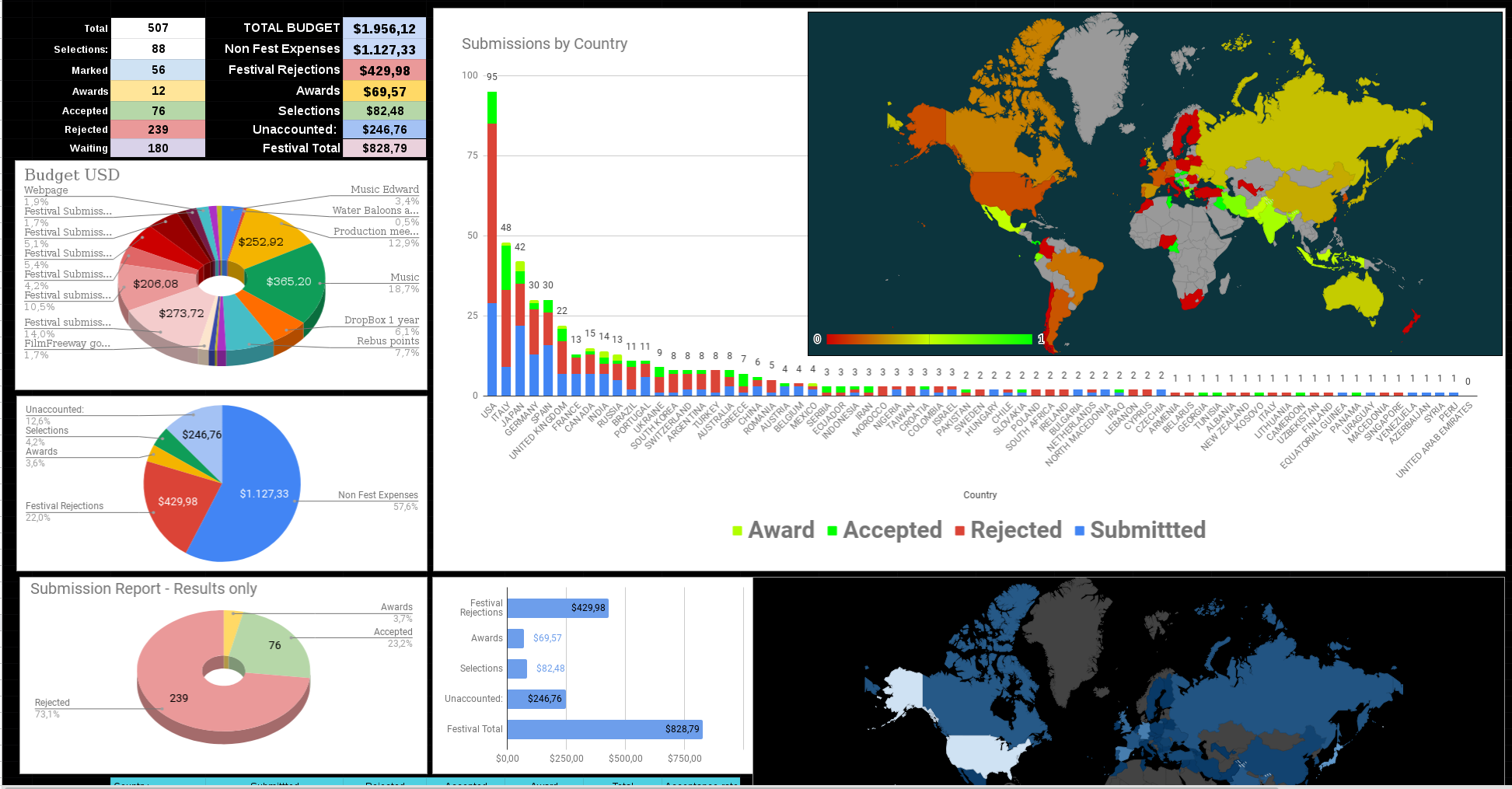 After months of slaving away, you’ve completed your short film. You dedicated your every waking hour and triumphed without studio help. Now, against the odds, it’s all there on the screen. But if you haven’t thought about promoting your indie film, then you’re throwing your hard work in the trash.

If you’re serious about getting your film seen, then finishing your film is only the halfway mark. And I mean that.

Promotion is crucial, there’s a reason big studios double their budget on marketing, they wouldn’t spend those millions for nothing.  What can indie filmmakers learn from bloated Hollywood productions? How can you use guerilla marketing techniques to help get ahead of the pack? In this article we will share what we’ve learned after having spent 8 months doing nothing but indie promotions.  This is:

Promoting Your Indie Film: a Guide for Independent Filmmakers

Tobi and I are animation directors in Tokyo. We had both finished our films before teaming up on Like and Follow. Mine was a sight gag film called Dirty Pool, and Tobi’s was an action-adventure called Noseman. Both of those films had a limited reach and only modest views, even with the help of film aggregators like CGMeetup. For Like and Follow, we wanted as many views as possible, a HUGE audience. And that meant rolling up our sleeves and promoting our indie film.

Promoting the film was broken up into several targets. We threw everything we could think of on this list (abridged):

Every one of these things is a large ongoing task. Social media is particularly important to no-budget indie film promotion. While our short film: Like and Follow is circulating through the festivals, we use this time to build our audience.

Since there are two of us, Tobi takes Instagram, I do Twitter, and we both do Facebook, which is the hub of our media wheel. On Instagram, we show more of the making of and behind the scenes pictures, from first sketches to final renders. Twitter is interesting because it gives us a direct line to celebrities, animation giants, directors and actors. Harland Williams, James Rolfe, and Ed Hooks were all kind enough to review our film and write a blurb.

Tobi designed and built our animation director webpage while I looked over the copy, and pretty much everything else was a back and forth effort. We usually touch base in the morning via Slack and talk about what festivals we just found, what to post on social, any kind of ideas. It’s a lot of work, but now that we’re on a roll, it’s second nature. 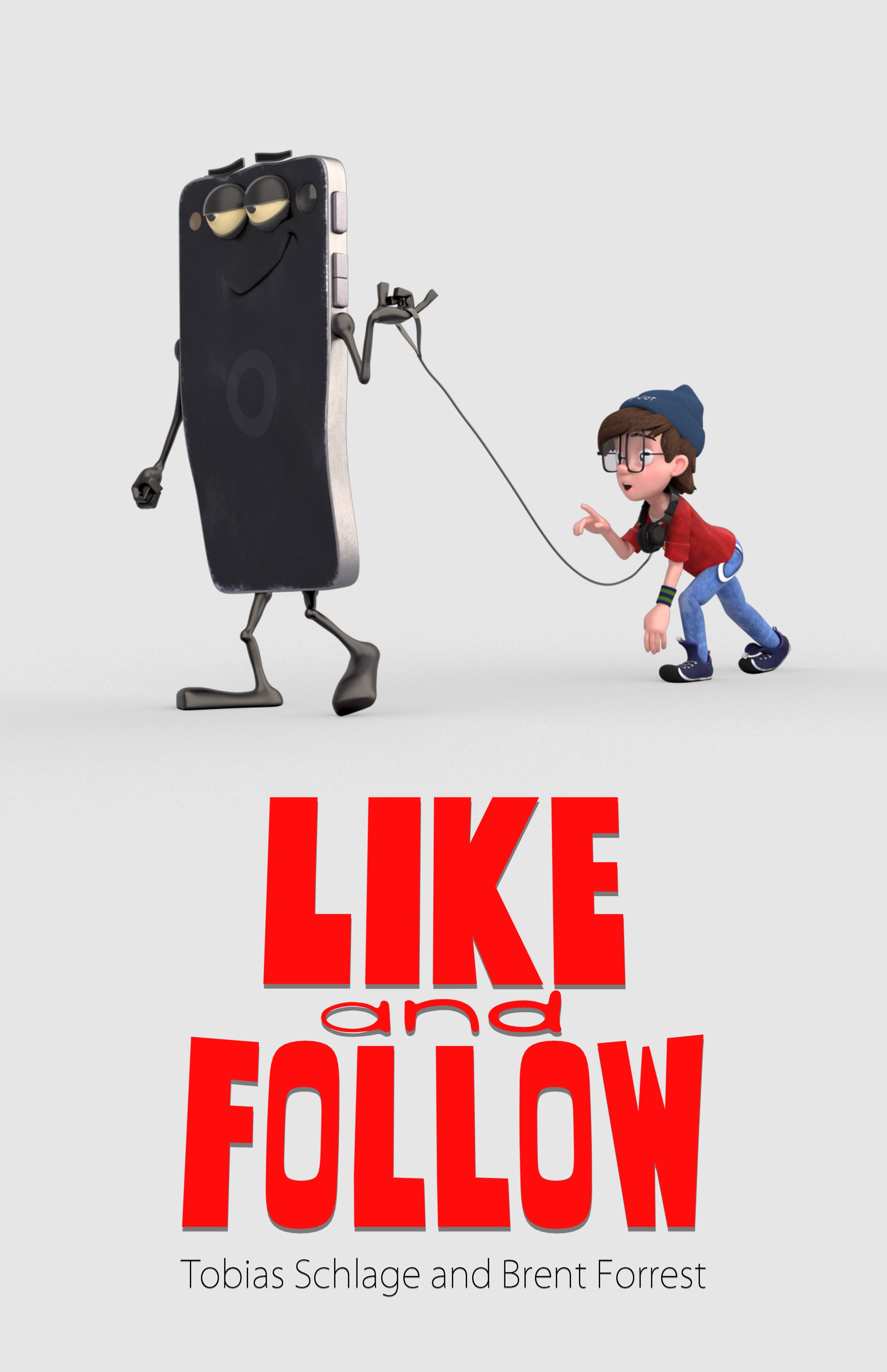 FilmFreeway is an excellent resource for finding both paid and free festivals, and there’s also Festhome, But even together, they are far from one-stop shops. 90% of our Japanese fests were not listed on FilmFreeway, and being based in Tokyo, we wanted as many local fests as possible. There is a higher acceptance rate for local festivals, as the events enjoy having filmmakers present. We looked at our home countries of Canada and Germany. We looked at technology expos like Siggraph Asia (See trailer). We maxed out our submission budget of $800 in 6 months. Between two people, that isn’t all that expensive. But we had to cap it somewhere, and now we apply to free fests. (Promoting your indie film exclusively through free fests is possible, but there are paid fests that you shouldn’t ignore. More about paid fests in a second)

There are literally thousands of film festivals each year, and just about every festival has an animation or short film category. Each festival gets a custom cover letter, and then of course they all have different requirements.  We have 9 different versions of our film ready to send.  Some at NTSC, some at PAL, one festival insisted we insert a film leader.  Include director bios, head shots, high res stills and promotional images and there’s a lot of prep work to do before even beginning the submission rounds. As of writing this article we’ve submitted to over 520 festivals. It is exciting when we get accepted into a fest we didn’t expect, like a recent horror festival (Our film has a twist at the end). When a festival accepts our film, we send them a hearty thank you, follow them on social media, and lavish praise on all their available outlets.

If there’s one thing I learned from my previous foray into the festival circuit, it’s that you will lose a lot of money aiming for fests like Sundance, TIFF, the BAFTAs, and just about anything in L.A. This time I decided to make our rejections work for us. We built a table of all of our submission dates, statuses, costs, and countries. With that data, I’m able to see which countries are most likely to accept our film, and what price range has the highest acceptance rate.

wasted on rejections. Only $84 went to selections, and $64 went to awards.

Free festivals with cash prizes are rare. We didn’t expect to see our money again. Luckily we did win some cash awards and managed to break even on our production budget. To tell the naked truth: Film festivals are highly competitive, overrun with submissions, and anyone who submits should be aware: the only thing you’ll get out of the process is exposure for your film (provided you get selected). When promoting your indie film, paid festivals are something filmmakers need to consider carefully.  Our most expensive rejections were the Toronto International Film Festival ($35.00) and the Chicago International Children’s Film Festival ($40.00)

Our average price for “accepted” in paid festivals was $7.47

Compared that to the average price for “rejected”: $14.54

The data gave us a good indicator that our film, in our style, with our subject matter, performs the best in the fests that cost about $10 or lower. When we looked at the nominations in the higher price range, we found a lot of the selected films were studio productions and in most cases, had famous Hollywood actors attached. It’s tough to compete as indie directors making a film in our spare time without studio financing. We decided to stay away from the more expensive festivals unless we had an excellent reason to apply, and the data supported our decision.

The United States have the most festivals and also the highest amount of film submissions, simply because most people speak English and can submit via the internet. We have  about a 15% acceptance rate in the US. Italy, Japan, and India are our top-performing countries.  France, Romania, Turkey, and Taiwan had the lowest acceptance rate for us. This knowledge helps guide our decisions; we learn to pass on unlikely gambles. Also, the metrics are precious in targeted Facebook ads – of which we’ve done two.

All told we spent 45% of our total production budget on festivals. The rest of the budget went to music, incidentals, and production meetings. As you can see, even promoting your indie film on no budget requires some budget.

That brings us to the big release. Instead of quietly releasing our video on Youtube and hoping for the best, we’ll have followers to inform when the day comes. Instead of making a few “Hey come check out our film” posts, we’ll have teaser blurbs from celebrities. We’ll do press releases and blog posts, all counting down to the day. The festivals have been kind to us, and we’ve played the numbers game, so we have lots of laurels to slap on our promo poster. We’ll choose our moment, then do the premiere with as much enthusiasm as possible

For a project like Like and Follow, film festivals are crucial; they are an excellent opportunity to get feedback via social media or email. We were worried if people would understand the concept of our film. Luckily the response has been excellent, and the concept understood. Taking risks and trying something different in a film is something that few film studios do. Independent filmmakers can work with new ways of storytelling without the limits of money-motivated studios behind them, and therefore push the art form to new levels. We hope that this culture grows, and the platforms that support indie filmmakers become more accessible.

The sad truth about Film Festivals:

Says Ed Hooks on competing against studio films: “…I have mixed feelings about the ENTIRE animation festival set-up. Here in Europe, animation in short or long-form seeks government funding. Animated feature-length movies are typically funded by money from 5 or 6 or 7 different countries, and, in exchange for the funding, each country demands a seat at the creative table. One country will want to do modeling; another will want to do editing, whatever. By the time the production budget is put together, you wind up with 5,6 or 7 chefs in the kitchen. The resulting movie is usually a mish-mash mess, and the only thing the producers can do with it is put it in festivals. And the only people that attend the festivals are other animation artists. In other words, there is a systemic problem – in my opinion — with the festivals. It causes animation artists to talk into an echo chamber rather than speaking to actual audiences — the tribes of the world. As you know, I teach a lot in Europe, and I have seen this repeatedly.

…I want it to be clear that I consider some festivals to be okay. I do not want to tar and feather the entire field. For example, the festival that runs in conjunction with a respected FMX in Germany. And the Animation Nights festival in New York is trying hard. Annecy, while being a money machine, has mainstream industry support. And so on.”

To wrap it up:

We put years of hard work into making our films. By following this no-budget promotion guide, we hope to grow our audience, maximize our impact, and of course, open up avenues to make more films.

When the dust has settled, and we’ve grown tired of refreshing our views counter, we can finally put this project to rest and start working on the next film. After all, you can make a film without promotion, but you can’t promote a film without a film.

But that’s another story.

Special thanks to Ed Hooks http://www.edhooks.com/

All figures are in U.S. dollars

As of this publication, Like and Follow has been submitted to 537 festivals, received 91 selections, won 13 awards and has been rejected 247 times. 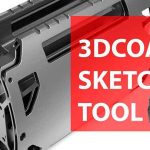 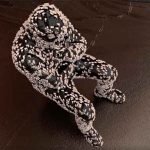