Tokyo Game show 2014 has come and gone but I remember it like it was only three weeks ago. Had you missed E3 and happen to live in this mysterious land, The Show offered a substantial slice of game industry affairs, Japanese and worldwide.  Together with Laz and Kaz of #TokyoRageQuit, we braved the throng to bring you the inside scoop.

Colorful mammaries aside, what I was after was the inside poop on the indie game developer scene here in Tokyo

Makuhari Messe, the venue that hosts the yearly event, is actually 35 km away from Tokyo Station, hugging the industrial coastline of the Chiba Marina. Sony made their presence known with a massive multi-tiered display event featuring Bloodborne, Destiny, Metal Gear Solid V, stylish presenters and and a panel with Hideo Kojima.

Sony also earned brownie points by paying booth fees for the entire Indie Game area and hosting a catered party after the event.  An ample collection of cosplay boobs were on display, because this was after all, the Tokyo Game Show.

Colorful mammaries aside, what I was after was the inside poop on the indie game developer scene here in Tokyo.  The AAAs have been covered by every journalist and his dog, so we gloss over Destiny, MGSV and COD and head straight to the beating heart of the indies.

Getting an interview with Hideo Kojima was too much for even our stealthy tactics and good manners, but the indie developers were more than willing to share a wealth of gossip and inside knowledge.

Most compelling were the unique ideas being developed by the boldest of independants.  Tuncay Cakmaks Cyberith Virtualizer allows for a heightened level of game immersion, combining the Oculus Rift headset with a frictionless walking pad and motion sensor controllers.

Push Me Pull You is a top down arena sports game which makes use of both analog sticks to control the front and rear end of a sausage-like creature.  8bitMMO is an astonishing tale of one developers vision spending years creating and then freely distributing a massive sandbox game which user contribution has grown to the size of the United Kingdom.   Tons of unique ideas were showcased at the Sense of Wonder Night, which is covered as part of the supplimental videos with this report.

Indie and supplimental videos will be updated twice a week, check back for more AWESOME FOOTAGE! 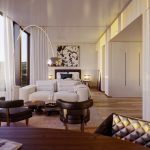 Lighting and Rendering the Corona Render C4D Interior... Previous
Sculpting Fixes With the SHAPES Blend Shape Editor for... Next

Promoting your indie film without a budget

The importance of promotion management to the independent filmmaker

A Metal Gear without Kojima? Shameful.