Maya gets a nodal boost with Bifrost 2.2

If it seems that everything is getting nodes these days, that actually might be true. With Blender’s “everything nodes” initiatives, Cinema 4D’s scene nodes join in the list of already node-enabled apps like Houdini, Substance Designer, Fusion, Nuke, and others. Some apps even strike a hybrid balance offering the best of both worlds like Cavalry and After Effects — just kidding, Ae isn’t even on that radar.

It’s also the case that in a visual programming system like Bifrost, you have to build the lower level components before you can build out the higher-level workflows

ICE was Amazing, and then it Was Gone.

Many people fondly remember Softimage (even people who never used Softimage) and ICE. That Interactive Creative Environment would allow you to create complex systems that were visually scripted together using nodes.

Well, Autodesk killed Softimage but laid a path a long time ago to reimagine something like ICE as Bifrost Graph inside of Maya.

Although Maya was always partially node-based, it never was nodal quite to Houdini’s extent. Houdini is proceduralism and node-based on another level.

Catch Up or Catsup.

Some might favor thinking that Maya’s team is trying to play “catch up,” but you’ll have to remember that most features (for any app) are user-driven. I’m sure we’ve all watched some fantastic thing on a different DCC and said something to the effect of “why can’t we have something similar here?” to a dev team.

To that extent, it’s doubtful that Maya’s Bifrost is meant to compete with Houdini. Instead, it will set to change how users work with Maya, open up new workflows, and allow people to create tools and systems with tight integration into Maya. When Autodesk bought the fluid simulation tool Naiad, that also became the perfect platform to extend into Bifrost.

That expansion became something much more than a fluid simulation and effects tools within Maya. It became an entire visual programming playground. It’s very much in the same vein as C4D’s path to scene nodes, Blender’s latest walk to geometry nodes, and yes, Softimage ICE.

If you’d like to see a comparison between ICE and Bifrost, have a look at this series where renowned Softimage ICE user Paul Smith explores Bifrost making a note of many parallels along the way.

It Gets Powerful Before It Gets Easy.

The first few releases of Bifrost Graph, while exciting, might have been too complicated for some users. Somethings just wasn’t that intuitive, and my experience was that you needed a lot of nodes to create the simplest things.

It’s worthwhile to note that I’m not the smartest when it comes to figuring out node-based work. I’m no dummy, either. While I’ve never indeed scripted or programmed, I do understand the terminology and logic. Drawing from a comparison between Houdini and Bifrost, Houdini seemed much easier to use. For example, I’ve never seen anyone take the “R” channel of an RGB out to a single-value node in ROPs — Houdini sort of takes care of all that for you. It turns out that was just early days for Bifrost.

Each release of Bifrost gets better, faster, and easier to use. There is a reason for all that. Jonah Friedman, Bifrost Product Owner, says, “It’s also the case that in a visual programming system like Bifrost, you have to build the lower level components before you can build out the higher-level workflows.” “That means it gets powerful before it gets easy.”

And that was so true for the previous versions of Bifrost— They were mighty, but not that easy. Like Houdini, Maya is getting more and more top-level “compounds” created from foundational lower-level nodes, making working a lot more effortless. We’re seeing that now with the latest release of Bifrost 2.2.

Strands were a part of previous Bifrost releases, but 2.2 allows for better integrations and expands them a bit. Now you can drag and drop a curve into Bifrost and immediately get a strands node from it. Strand nodes have points as part of their object hierarchy, so that means that you don’t have to “get” and “set” just to instance objects on to a strand or a curve.

Honestly, I still remember where I was the day I watched an ICE demo that showed creating procedural roads complete with street lights and all the other details, all driven by curves. We can do the same in Maya, which includes placement and orientation of object scattering. 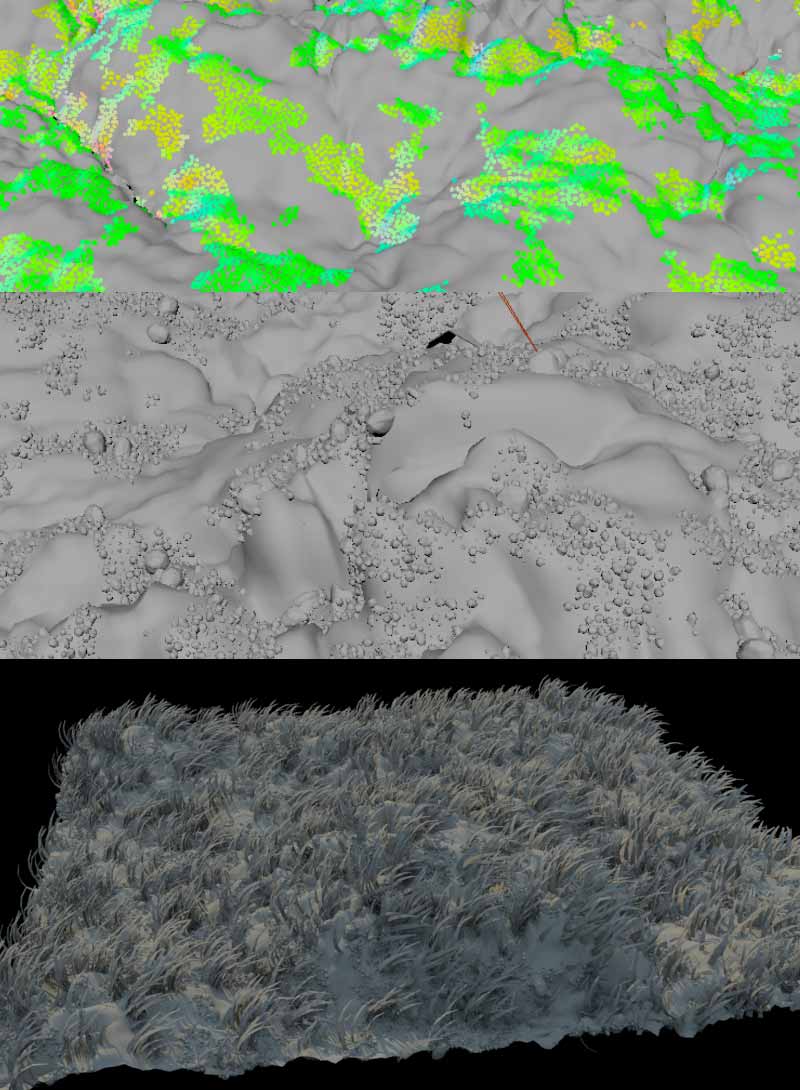 I know nothing, but with a few nodes, I was able to create something by scattering.

Scatter and randomize nodes are another example of things getting more manageable. Bifrost 2.2 has a range of new nodes in what the team calls a Scatter Pack. They represent a suite of higher-level scattering and instancing compounds.

The Scatter Points node receives a new Blue-Noise mode, offering a more natural look to scattering elements around a scene.

All the new random nodes have a Weights input to input another node to further control what’s happening.

This latest incarnation of Bifrost has a new Fields System. Fields are a way that you can affect things in your scene using both implicit 3D scalar and vector domains.

Fields come at an infinite resolution while using memory more efficiently than an adaptive volume or VDB field.

With the new Feilds, you can affect particles, scattering, mesh deformations, cloth, or Aero simulations, at a top-level without diving into compounds.

New updates to the volume tools offer adaptive conversions between meshes and volumes. You can merge volumes, and you can even convert a Field into a volume with a couple of nodes.

Bifrost graph has come a long way in a short time. If the Autodesk team keeps up this pace, the future of Bifrost looks pretty bright. Autodesk has a new landing page for everything Bifrost; check that out here. Learn more about the features in 2.2, and download Bifrost for Maya here. 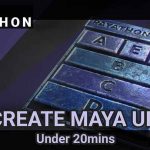 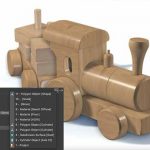 A guide to Better Understanding Bifrost Objects in Maya

Check Out This Animated Stitching Effect Created in Bifrost