How to ‘Forever’ Loop Evolution Time in Ae

Usually, it’s easy to add a simple expression to things like evolution and make them always animate. That might not always be the case when you are animating an evolution property to, let’s say, a turbulent displace effect in Adobe After Effects.

This quick tip from Leigh Williamson shows how you can make the evolution animate forever by adding a tiny thing to the expression. In Leigh’s example, he is creating a line boil effect, and without the expression’s modification, it could stop moving after a minute or two.

Leigh Williamson is a London-based 2D/3D animator and illustrator. He was initially born in Cape Town, South Africa. Leigh now lives in Amersham, Buckinghamshire, the UK, working remotely in his studio. 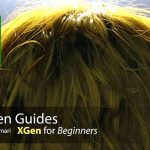 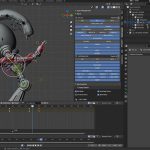 A better Way to Make Gradients in After Effects