Boyo Frederix, head of the 3D division at post house the Postoffice Amsterdam dropped me a note to show off the in-house tool they developed for creating quick and controllable crowds. The tool can create crowds from 2D video elements shot from green screen footage. This is a feature that can be seen in some other similar tools, however, with the Postoffice crowd tools you can have control over what the crowd does, playing certain parts of the footage at certain times.

we’ve developed some inhouse crowd tools to help us with stadium shots and other crowd work. We made a short to demonstrate it light of the World Cup in Brazil

This allows you to control the crowd, making them stand up, sit down, cheer, or even have the crowd do special or more complex things such as “the wave”. The crowd tools also offer a method for singling out an individual character in the crowd and controlling just that one card- pretty nice.

The Postoffice have also included the ability to affect the crowds with fields. Using field objects in the scene will let you control the shape or the footprint of the crowd.

Boyo Frederix mentioned that there may be a possibility for the tool to see a commercial release, but for now, it is strictly an in-house tool developed for a project. Boyo also mentioned that the tool is modular, so it can be used with 3D animated models as well. 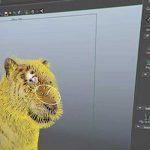 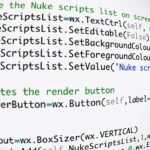 Getting Started With Golaem Crowd in Maya

An Introduction to Populating Scenes in Maya Using Golaem Crowd