Creating Maps in After Effects To Repeat With C4D Mograph Cloners

Kevin Snyder has a look at creating an interesting “paper box” animation using both Cinema 4D and After Effects. Using Ae to create the basis of the animation that will be used in Cinema 4D, applied to C4D’s mograph cloners and offset to build a sequentially repeated effect.

The resulting After Effects animation is used for its alpha channel which will drive the premise of the animation in Cinema 4D. The texture is set to span across multiple Mograph clones – physically in space, but also time-wise, where the animation will play at an offset, giving you a great repeating aesthetic.

Check out the tutorial for Creating a Paper Box Intro here. 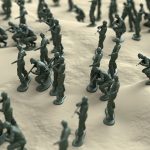 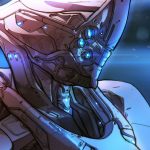