A while back, Fixel Algorithms introduced Fixel Detailizer, which acted as a multi scale image detail enhancer for After Effects which will allow you to control the contrast of the image detail at five different detail levels working on individual image frequency levels.

More recently, Fixel Algorithms has introduced that same level of ease and control to Photoshop, with the new Fixel Detailizer 2.

A new plugin for Photoshop, Fixel Detailizer 2 will decompose the image into 5 different scales of detail, giving you unprecedented control over the contrast level of each scale level.

Detailizer does this with a really simple and streamlined panel in PS which is as easy to use as an audio equalizer.

Detailizer works much the same way the effect does in After Effects – decomposing the image into various frequency ranges, allowing you to manipulate each of those ranges with an easy to use slider. 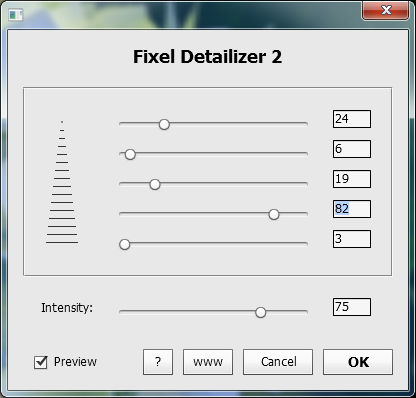 The different scales, or frequency ranges means that you can amplify details of an image according to their size. Detailizer benefits from an innovative Wavelets based algorithm, using the standard frequency separation techniques you may be already familiar with in Photoshop.

This operates fundamentally differently than a simple unshaped mask, in that Fixel Detailizer 2 decomposes the image into bands of frequency ranges. 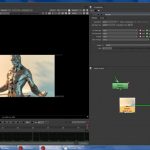 Working With the Merge Node in Nuke Previous
Create Pixel Art in C4D Using a Cloner, Shader Effector... Next 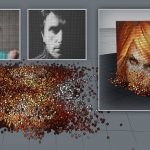