All the Lead 3D Programmer Ubisoft, Jarkko Lempiainen wanted to do, is to be able to feed content to a PBR Engine with proper content. While discussing this with artists, he realized the struggles encountered just trying to get the PBR texture maps correct.

The problem is that creating all the maps you need for a PBR Texture isn’t all that intuitive.

As like any other nerd would, Jarkko set out to create an easy way to build PBR textures by creating a portable PBR Scanner. The scanner would not only be ideal for making PBR Textures from real life sources, but it would also help educate the user as to how the textures should be put together.

The idea of the portable PBR Scanner was a simple one, using a DSLR at the center, with a method for illuminating the surfaces with multiple light sources. Taking multiple images with the DSLR under different lighting conditions that can all be dictated by an on-board controller. It is from this multiple images that are all lit differently, that you can begin to create proper formatted PBR textures.

If you are familiar with OTOY’s Light Stage, Jarkko’s little rig works on the same principle, only on a much smaller scale.

Armed with the Siggraph 2013 paper by Ready At Dawn, which detailed a similar scanner that was able to capture Albedo and normal maps from 10 differently illuminated images, Jarkko went to work on his project.

Jarkko Lempiainen details the entire project with this post “Building a Portable PBR Texture Scanner” and also offers a list of materials that he used to the scanner. 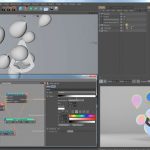 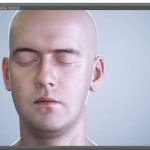