Getting Started With Redshift Renderer for Houdini

Houdini Trainer, Rohan Dalvi will be talking a look into the Redshift renderer within Houdini. If you are looking to get started using Redshift, or have an interest as to how it compares to other GPU renderers like Octane, this is a good watch for you.

a brief look at the Reshift renderer in Houdini…

Redshift represents a fundamental shift in GPU rendering. It was created to blend both ridiculously fast speed, with production-style workflows — Something that current and competing GPU renderers are missing.

Redshift touts itself as “Ludicrously fast production-ready rendering” offering biased rendering, supporting multiple GPU’s. What is interesting is that Redshift can make use of your system’s RAM when the VRAM is maxed out for a render. This still allows you to render huge scenes even though you might not have the PGU horsepower to to it.

There are some other great things about Redshift too. There are production ready shaders, in a node based environment, it supports hair, volumetric rendering and other effects, and has support for industry standard AOV’s or render passes. 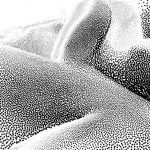 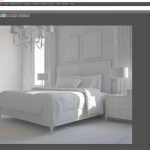 How to Render Millions Of Polygons With Redshift Proxies

Working With ACES in Redshift Renderer