Working With the New Planar Tracker in Fusion 9

Rob Redman posts an 8 minute tutorial that shows how to work with the new planar tracker in Fusion 9. BlackMagic Design recently announced the new version of Fusion which added a host of high-end things from workflow to features, including a new VR toolset.

The planar tracker will be a welcome addition in Fusion, adding to the camera tracking and point tracking systems. With planar tracking, Fusion 9 covers pretty much all the bases. As Rob Redman shows in his tutorial, the new planar tracker is really simple to use, and a powerful addition for tracking and compositing signs, posters, billboards or other planar surfaces in your shot.

With the latest release of Fusion also came the announcement of an incredible price drop fro Fusion Studio. You can pick up the compositor for $299. Fusion is still free, but now the advanced features in Fusion 9 have been slashed, making it incredibly affordable for freelancers and studios alike.

If you are making 3D-style motion graphics inside of After Effects, there is really no excuse to NOT try Fusion. Check out BMD’s broadcast design and motion graphics section to learn more. Fusion has a unified and standardized 3D environment that works without the need for any additional plugins. It can also import standard 3D objects right out of the box and lets you work with 2D and 3D elements in one workspace. 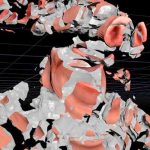 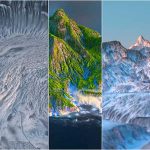