Adrian C. Koutz takes a look at re-creating the stop motion effect that looks like its made out of a cassette tape. This effect mimics the one that can be seen in the Bruno Mars video “Just the way You Are”. Using a range of native After Effects tools, Adrian walks through creating the project making use of reference footage, Photoshop, and the Puppet tools in After Effects.

In this tutorial, we’re going to show you how to recreate the stop motion tape effect from the Bruno Mars “Just the way You Are” videoAdrian C. Koutz - AEtuts.com

There are many labour intensive ways to create a stop motion effect in After Effects but interestingly, this tutorial uses the cartoon effect. AE’s Cartoon effect handles creating the outlines around the key areas of the green screen footage, allowing Adrian to easily create and automate much of the animation for the face.

The rest of the animation is created through combination of Photoshop, motion tracking, the After Effects Puppet tool, and some compositing basics to finalize the effect. In all, the end result is a fairly convincing stop motion effect, so be sure to check out the tutorial for Creating Make a Bruno Mars Animated Cassette Tape in After Effects here. 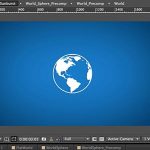 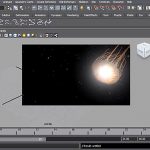 Tickler for After Effects Creates a Stop Motion Look To Animation

Mixing Stop Motion Animation in After Effects: 30 Days of Ae