Imagineer Systems has hinted and even shown off some of what is key to be new in Mocha 4, and now dives further into some of the enhancements that are slated for the soon-to-be released version.

Mocha 4 has some great workflow improvements ahead, and really seems to be focused on interoperability from within the VFX pipeline.

As an example, Mocha 4 will see a host of new improvements to 3D stereo, making it function natively within the suite of Mocha modules.

Back and Forth With Nuke and Premiere Pro

Another example of interoperability in Mocha 4, is sporting the ability to export planar tracking data directly into the Nuke X tracker node, along side its regular corner pin, transform and root masks. There is also better workflow in store for Adobe Premiere Pro CC 2014. Premiere editors can now import multi-layered mocha masks into any effect with a simple copy and paste workflow.

Mocha 4 will also see the inclusion of Python. You will now be able to script key elements in the Mocha toolset which makes way for greater flexibility in project management and versioning control. In Moch 4 using Python you can create your own scripts and better integrate  Mocha’s tools with production tools such as asset management, scheduling software or background rendering.

Mocha version 4 products introduce a new feature for users to customize their keyboard shortcuts. Users will be able to easily customize and save keyboard settings. Mocha 4 will ship with familiar settings for Adobe After Effects and The Foundry’s Nuke. 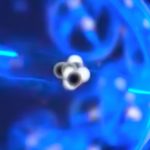 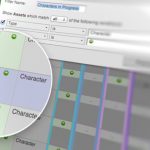