Imagineer has also changed how Mocha AE will be referred to from now on -mocha AE is now mocha Plus. This is a better name for an all inclusive Planar Tracking and roto-masking utility that supports Adobe After Effects, Premiere Pro, Apple Final Cut Pro, Motion, HitFilm and Boris FX.

Check the press release below for more information on Mocha 4.

“Visual effects artists working on stereo 3D feature films have been asking for these new features, and we have worked closely with customers to understand and support their workflow,” states Ross Shain, chief marketing officer, Imagineer Systems. “With version 4, we are streamlining many of the complex corrective tasks that come with large S3D projects and expanding the compatibility of mocha Pro with visual effects applications such as Nuke, Ocula and Adobe After Effects. This allows a wider audience of VFX professionals to tackle some of the more dense effects work such as S3D rotoscoping, motion tracking and object removal.”

mocha Pro 4’s new Stereoscopic3D workflow lets users quickly analyze differences between right and left camera streams and apply the solved disparity in 2D tracking, 3D camera solving, object remove module and image stabilization. Shain further explains the benefits of the new capability: “In a typical S3D post-production workflow, an early process is to correct the footage – vertical alignment, color and other differences between right and left eyes. With mocha Pro 4’s new stereo workflow, the mocha planar tracking technology has been enhanced for multi-stream image analysis. This automatically detects and keeps track of the difference between both eyes, so tracking and roto tasks can be done on uncorrected footage and disparity offsets are automatically animated. This results in a lot less manual keyframing for both solving tracks and creating articulate roto masks.”

Facilities can now deeply integrate mocha Pro 4 into their unique VFX production workflows thanks to newly added support for Python scripting. “With Python scripting, VFX houses can better customize their workflows,” comments Shain. “For example, a facility can use Python scripting to integrate mocha Pro 4 with an asset management system such as Shotgun, Hiero or Generation, seamlessly synchronizing visual effects content and metadata across applications and projects.” Python also allows technical directors to customize and automate mocha Pro tasks, such as sending intensive object removal renders to a background render farm.

Imagineer Systems has also released the new mocha Plus today. For details on this new product.

Imagineer Systems Ltd is the Academy Award-winning developer of visual effects solutions for film, video and broadcast post-production markets. Imagineer Systems has made its mark on such marquee Hollywood blockbuster productions as The Hobbit, Black Swan, The Wolf of Wall Street, Transformers, and the Harry Potter series. Imagineer’s desktop product line consists of mocha Pro™ – roto, planar tracking, compositing, and removal utility; mocha Plus – a planar tracking and roto utility designed for After Effects, Premiere and Final Cut Pro users. Imagineer Systems was founded in 2000 and its headquarters is located in Guildford, United Kingdom. 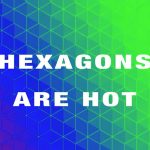 Use After Effects Shape Layers to Create a Moving Hexagon... Previous
Yeti For Breakfast Next 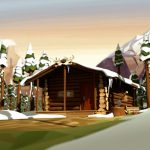