Use an IK-Spline Tag to Controlling Your C4D Splines

Kamel Khezri has a brief look at taking control of your splines in Cinema 4D using the IK-Spline Tag.  Setting up a system where you can freely deform parts of an object, Kamel Khezri shows how to use the IK-Spline Tag and set up joints with a bit of Xpresso to create a deformable rig.

This is one interrelation for creating a freely deformable object in C4D, another would be to use the HyPoly PointCluster plugin, which will allow you to create deformable regions in a model easily, assigning multiple vertices to one animatable object. Although it is similar, you can achieve more control by using Kamel Khezri’s IK-Spline Tag tip. 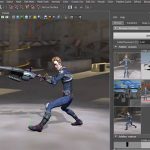 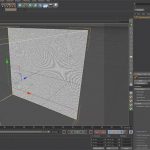