Rohan Dalvi demonstrates an easy way to create growing vines and ivy type of effect in Houdini. Rohan effectively uses an animated leaf animation that is copied onto a curve, offsetting it by a point number.

Rohan notes that this technique can be applied to a lot of things, including making type appear or grow with the vines or ivy. Check out the post for Creating Animated Ivy in Houdini at Rohan’s site.

If you are looking to dive more into Houdini you should check out Rohan’s training series for Houdini. There are a couple of great titles there already, the Floating Islands training covers various aspects including terrain modeling and sculpting, generating large quantities of plants and vegetation in Houdini. The plants and trees are created using L-Systems. The training also covers Rigid Body Dynamics, Particles and Fluids to create certain elements of the image. 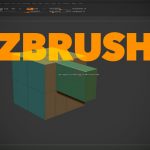 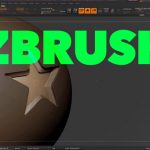 How to Export MaterialX from Side FX Houdini

How to Make an Amazing Paint Smear Effect With Houdini