Working with After Effects in a high-end professional pipeline is a challenge to say the least. After Effects doesn’t support industry standard pipeline tools like Python. Plenty of things need to be done with an expression engine, rather than a common core application language. In fact, After Effects doesn’t even have a modern IDE… scratch that… any semblance of an integrated development environment, at all.

I’m not sure how Ae users tolerate any of that.

Not to worry though, as always, the After Effects devoted base of users has come to Adobe’s rescue, out of shear necessity.

Remo Jassen has created a truly modern IDE for After Effects that has some great features that are sure to make scripting adventures in After Effects, much more palatable.

Expressionist, gives you modern IDE features right in After Effects. This includes the basic features that you might be already used to by using any other application on the plane. Important things like syntax highlighting, line numbers, and multiple cursors, and inline error handling.

You guys!https://t.co/UhmduNMLJg is everything I hoped it would be. Day 1 and it's already an indispensable part of my workflow.

This is good news for After Effects script-writers, and tinkerers. Similar to a modern IDE, Expressionist offers a monospaced font, word wrap, active line highlighting, and automatic bracket closing.

There are even some After Effects concentric features. For example, Expressionist will even allow you to add expressions to multiple properties at once, and allow you to use the pick whip .

Add to that a built-in expression language menu, and you have a no-brain buy for any Ae professional.

Add an expression to multiple properties at once, load an existing expression for editing, toggle your expressions on/off and clear multiple expressions. 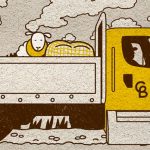 Expressionist Will Offer a Full-Featured Scripting IDE Within After Effects