Krita is a free and open source image editor for sketching and painting, created for concept artists, texture or matte painting workflows, or illustrators and comic artists.

Recently however, Krita has set its sights on animation, with a couple new betas that feature new animation tools.

Krita features a really intuitive animation tools that is a refreshing change from the absolute kludge that is Adobe Photoshop.

Krita’s animation tools focuses an intuitive timeline that allows you to create and manipulate keyframes in a way that will be very familiar to animators.

Beta 2 for the animation tools in Krita has incorporated the ability to work with layer commands such as merge down, flatten layer / image, crop image / layer, and rotate layer sources, to name a few.

The real gold is in the simplicity of Krita’s animation tools. An example of this would be the Onion Skinning feature.

Krita gives distinction to past and future frames by separating them by color. The Onion Skin Editor takes a novel approach to setting the range of frames in view, and their opacity on the canvas.

So far, Krita’s animation features look like they could be a promising alternative to Photoshop.

You can download the 2nd Beta 2.9 Animation Edition of Krita here. OS X Versions of Krita are currently under development. 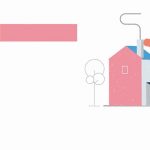 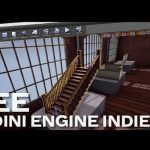