BodyPaint 3D Pushes on to a New Future

Remember when you first were introduced to BodyPaint 3D? For some of use that was as many as sixteen years ago, and it was pretty much jaw dropping. Since then however, BodyPaint 3D has largely shown its age, due to neglect. What was once the basis for an amazing UV, Painting and surfacing tool, became the house on the street that the neighborhood ignores.

However, a with a recent posting from Maxon, there may be a new hope for BodyPaint 3D. A technology preview posted by Maxon shows some nice performance gains in the 3D paint tool, due to transitioning BodyPaint’s underlying engine to OpenGL. Just how real is the neglect for BodyPaint? Up to this point it wasn’t even using OpenGL.

BodyPaint’s new OpenGL painting engine will offer much greater performance, improved visual feedback, and a smoother workflow. This is a perfect opportunity for BodyPaint’s developers to deprecate software shading altogether. Release 18 will utilize the Mesa open-source library to deliver an OpenGL-based fallback that utilizes the CPU. Likely the future for BodyPaint will be more inline with modern viewports and PBR workflows.

Next on the list as Maxon notes, is to create new algorithms and workflows to make UV mapping a faster and more intuitive process. They are also starting enhance modeling and UV toolsets,  merging their functionality. Exciting times. 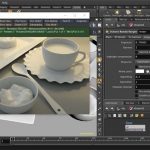 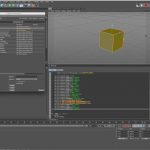 Use BodyPaint for UV Mapping in C4D

3 Methods for Texture Mapping a Banana in Cinema 4D