Fix Volume Loss on Bending Legs by Way of Topology

A character’s bending legs or arms will initially loose volume when it bends. That’s just how things start out. Any time you use a deformer, you should be designing how that deformer deforms. A lot of applications that are focused around character animation, will help facilitate this with specific tools. These can be anything from pose morphing tools, or pose space deformation tools. The solution could even be something as simple as sculpted blend shapes or influence objects.

how you can modify the topology of a lowly Character to fix Volume loss issues on bending Body parts like Arms and Legs.

Although Cinema 4D has some tools that can be used for corrective shapes or pose space deformations, there is nothing specifically designed to do so easily. Using a character’s bending legs as an example, there could be times when you could employ a simpler method. One that can get you a faster and comparable result.

Could it be as simple as changing the topology in the region of deformation? At times, it is as simple as that. Here, Holger Biebrach shows how you can fix the problem of volume loss on bending legs, just by changing the polygon edge flow. Sometimes the simplest things can be the best solutions. 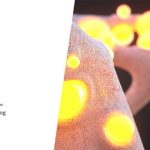 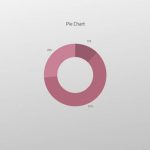 Use the Pose Morph & Spline Shader to Create Cartoon Eyes

Use the C4D Pose Morph Tag for Easy Animation