What’s this… a special denoiser node in Nuke?

The Chaos Group has expanded its presence in a few other applications, rather than the DCC’s that include 3Ds Max, and Maya. V-Ray for Nuke launched giving artists the advantage of V-Ray’s rendering tools within the context of Nuke’s node-based workflow.

The latest version of V-Ray offered a new take on the issue of noise. Version 3.4 introduced a V-Ray Denoiser that could take an existing render and apply a denoising algorithm to the image, after it was rendered. The denies actually detect areas of the image that contain noise, and basically smooths it out. This approach gives a faster method for dealing with grainy images, rather than maximizing samples within the scene.

The thing is, being that it is a post-rendering effect, the New Denoise was also rolled out as a standalone tool that was included with the installation of V-Ray for 3ds Max.

Now, in a preview of a new tool for Nuke, V-Ray co-founder and one of the Chief Architects for V-Ray, Vladimir Koylazov showed off a Nuke-Native node that implements the V-Ray denoiser technology right in The Foundry’s high end node-based compositor.

The plugin (that will be coming soon) will be made free, and is separate from V-Ray for Nuke, so it can be used on its own. 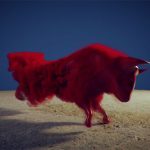 How To Shape Smoke in Houdini With a Geometry Based Vector... Previous
Create a DNA Animation in Ae Using No Special Plugins Next 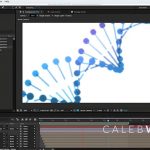 Getting Started using V-Ray for Nuke