While experimenting with writing custom force fields sing VEX in Side FX Houdini, Stefan Sietzen came up with an interesting effect. The system uses a geometry-based vector field to contain a pyro simulation of smoke. VEX within Houdini allows you to write your own nodes, using a language that is similar to C. Add to that VEX’s multithreading capabilities, and that makes it really powerful and really fast to evaluate.

Here, Stefan walks us through how he created the vector field in Houdini, from geometry that could help shape the Houdini Pyro smoke simulation into a distinguishable form. In the example, Stefan used the RedShift GPU renderer for the final render. With it, he was able to render the scene with GI in less than on hour on a GTX 980, some motion trails in there to make it more interesting. 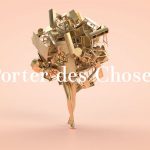 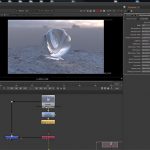 How to Create a Burning Tree With Houdini Pyro FX

How to Shade Houdini Pyro With Redshift