Digital Meat’s Sam Winter offers some insights into using a flocking plugin for Cinema 4D. The Flock Modifier is a free plugin developed by Frank Willeke, that implements a flocking and swarming system as a particle modifier in C4D.

The plugin implements a distributed behavioral model as described by Craig Reynolds “Boids” system created back in 1986. Boids was a computer model of organized animal motion that could describe flocking birds and schools of fish.

Watch Sam walk through using the Flock Modifier plugin in Cinema 4D, which works on the standard particle system. You can certainly create your own flocking system, through the magic of Xpresso, or even Mograph trickery. The Flock Modifier offers a much more simple, fast way to create flocking simulations. 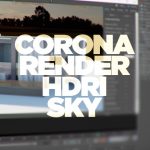 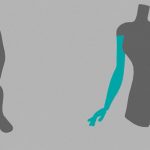 Floating Papers Around With Mograph and a Displacer

Cheating a Flocking Simulation in C4D