One of the greatest things behind high end software such as Nuke, is that you are able to script and pretty much make things. This is true of apps like Maya, Houdini, and Max to a certain extent. Think of them as a big box of lego parts.

If it doesn’t have what you need, you have all the tools to make it. Nuke’s ability to script on callback, such as knobChanged, onCreate, etc., allows artists to create UI elements to fit their workflow.

Thing is, the UI for knob editing in Nuke is a bit lacking. This is why a tool like KnobScripter can be pretty handy.

KnobScripter is Adrian Pueyo’s tool that makes it easier for Nuke artists to link Python to callback-knobs within the compositor. KnobScripter improves the UI side of scripting directly of knobs and makes it less annoying than nuke’s ‘Manage User Knobs’ interface.

KnobScripter is a little script editor for python and callback-knobs. It works as a floating panel that can be called on a selected node in Nuke. You can also run it as a dockable panel.

Visit Nukepedia for More information and a download for KnobScripter. 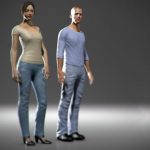 People In Motion 2 Offers an Easy Way to Populate Scenes... Previous
Change Control and Outliner Colors With This Free Utility Next 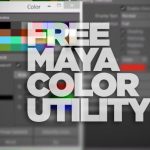 Tips for Working With HotBox for Nuke

SmartCommand: Search and Execute Nuke Commands From One Window

Work Collaboratively on Look-Dev With smartLook for Nuke