How to Build a Deformer in Houdini With VOPS

When Tim van Helsdingen had to do a lot of deformations on animated objects with high polygon counts in Houdini, he used a technique for making his own deformer using VOPS. The reason is that the custom built deformers worked a lot faster. Standard Houdini deformers seems to respond slowly with super-high polygon counts.

How can you create a VOPS deformer? Tim shows us how to build a deformer in Houdini using VOPS. The deformer that he runs through actually mimics some of the functionality of Houdini’s Wire, Point, and Lattice deformer, as an all in one tool. It works very much like a combined asset. Interestingly, the custom deformer often yields much faster results.

Rohan Dalvi did a series showing how to create and re-create all of Cinema 4D’s deformers in Houdini, using VOPS. HEreis one that looks at doing the Shader Effector and the Displace Deformer. 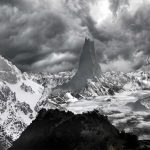 Correctly Setting Up a Matte Painting in Nuke Previous
Create a Gasoline Explosion Effect with Phoenix FD 3... Next